Closer To The Road: Joji Interviewed

“I thought that was pretty cool. It’s one of those weird things where, in Japan I was always ‘white boy’. Nobody really took me seriously. And then I was like ‘Fuck it, I’ll go to America.’ [In] America it’s like ‘Asian boy’, and it’s like, ‘You know what? I’m just nothing then.’”

Over a cup of tea, George Miller, more commonly known by the alias Joji, is unpacking his thoughts on having recently become the first Asian-born artist to top Billboard’s R&B/Hip-Hop Album chart with his debut ‘BALLADS 1’. “And then that actually helped me to be myself, because I don’t associate with any identity; I’m just Joji. I want to represent people in general. But shout outs to Asia. Number one, I guess... yeah!”

‘BALLADS 1’ follows the 26-year-old’s 2016 self-produced breakthrough EP, ‘In Tongues’, and demonstrates a huge leap forward musically. Always looking for ways to develop creatively, Joji says he paid particular attention to writing relatable lyrical content this time around. He also collaborated with other producers, in contrast to the insular, solo creative process he’d adopted previously. “The first project was mainly done in my bedroom, so it was a lot more closed off,” he admits. “[For ‘BALLADS 1’] I was coming out of a dark time, so I wanted to distract myself and make music that wasn’t just downer music. I just wanted to move on from that first project.” 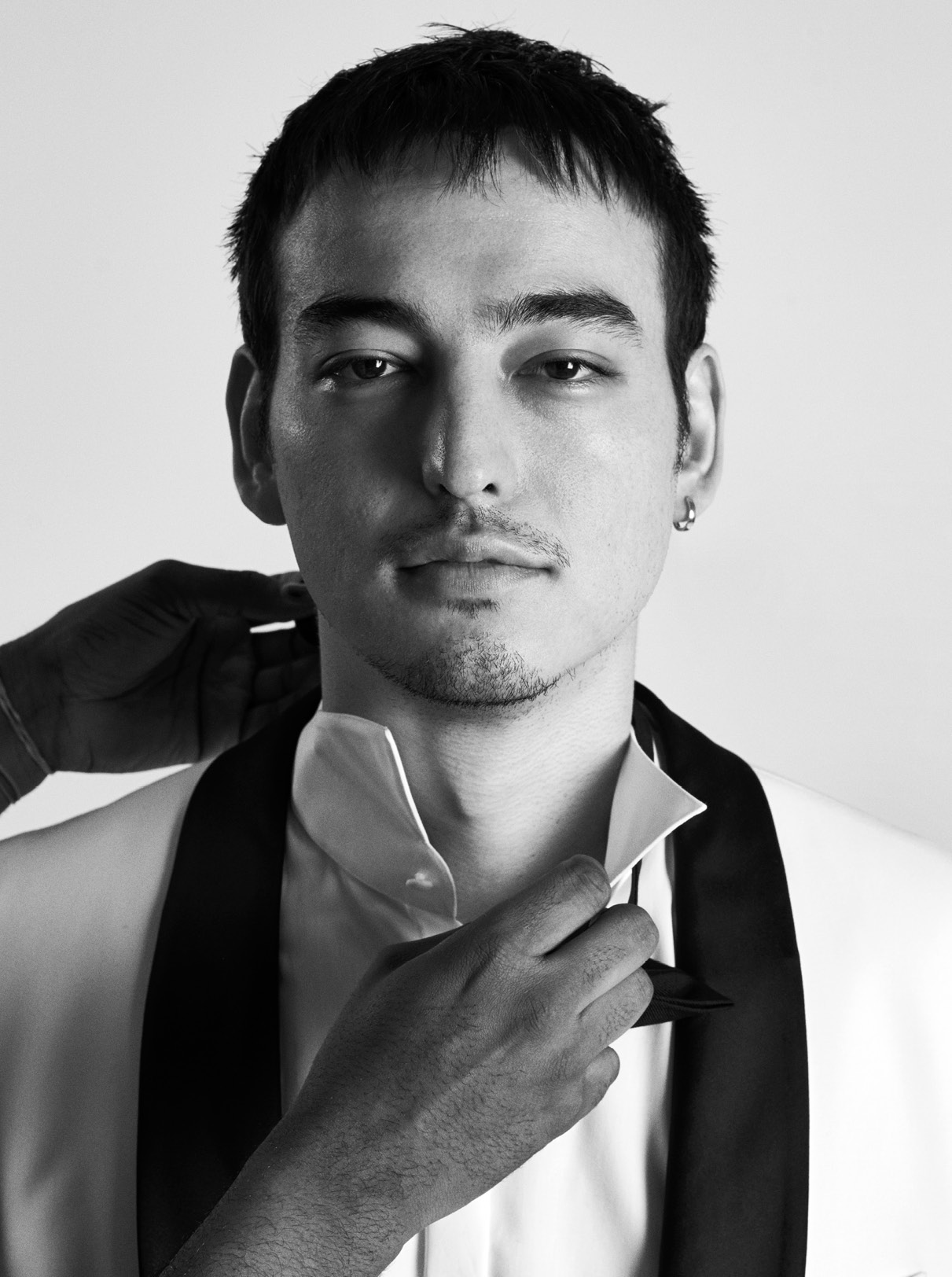 While he grew up with a very DIY mentality towards all of his creative outputs, which included YouTube content around both food and comedy, he admits that he made a new realisation between his last two musical works. “Things move rapidly, and if you want to keep up with your own thought process sometimes and keep it fun as well, it’s like: ‘Hey, I want to expand and start working with other people.’”

One of these people was New Jersey producer Clams Casino, who drew him out of his comfort zone for ‘CAN’T GET OVER YOU’. “It’s kind of cute, poppy. I never expected myself to do that,” he says, trusting the expertise of his peers to get the best out of him. “It’s kind of like how I was telling you [on set earlier] about how I trust the photographer, and I trust the stylist. They’ve gotten there on their own. I absolutely trust them.”

Tonight, Joji will play the second of two sold-out London shows that bookend his first solo tour. He admits that he was feeling nervous ahead of the previous show, until he saw the queue of fans who’d showed out to support him. Having previously toured the US as part of the 88 Rising collective - alongside Rich Brian, Keith Ape and Higher Brothers - he’s now playing in front of crowds that are solely there to see him is a relatively new experience.

“You’ve got kids on shoulders. I had people literally jumping up and down to songs that are kind of slow,” he says, still with a hint of disbelief. “It’s a vibe. I don’t think that happens that much, so it’s cool to see that juxtaposition.” He describes the phenomenon as “sad party mode”, suggesting that the kids who come to his shows are there for the escapism of a good night out, but also have inner turbulence that connects them to his music. “These kids have a lot of angst,” he says. “Every kid has a lot of angst. We live in a fucked up world, but scream those lyrics out. I can see that it’s therapy for the kids.”

And nobody understands the therapeutic qualities of Joji’s music more than Miller himself. While he keeps the details private, he’s been dealing with health issues that he says affects daily life “pretty negatively”.

“Life is short, I need to do this,” he states, more to himself than anyone sat around the table. A testament to his own resilience, the experience provided a catalyst for the success that he’s recently experienced lately, and leaves him determined and somewhat optimistic for the future.

“Despite all the hospital visits and insurance issues - literally while I’m in the studio, I’m yelling at the insurance company, or trying to get an appointment with the one really good doctor,” he recalls, “I would work on the music as a distraction, so it actually helped. Getting through that was the hardest part. It’s still kind of going, but I’m settling now, so it’s good.”