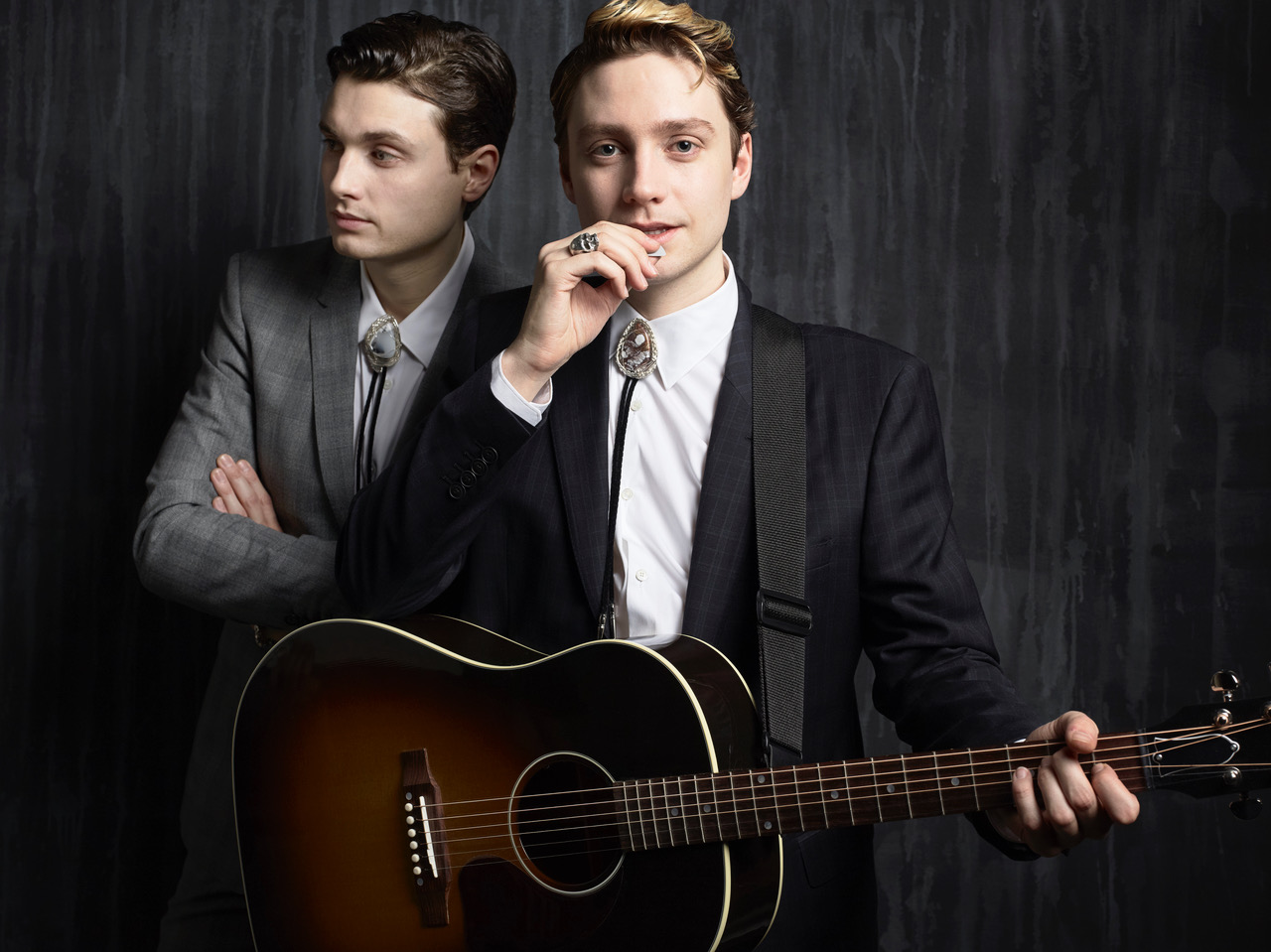 Ruen Brothers started off in a sleepy English town, but ended up in the bright lights of American cities.

Like a modern day Everly Brothers, their close-knit harmonies and brisk, buoyant songwriting have proved to be irresistible, taking them from Scunthorpe to see the world.

Out on June 22nd, the record is the culmination of years of work from the brotherly pairing, years of zipping across borders and oceans to pursue their dream.

Clash caught up with the Ruen Brothers to talk about their adventures on the road in Good Trip, Bad Trip...

Best Trip…
From London to Malibu to start work on our debut album ‘All My Shades Of Blue’. The sun was shining, Zuma Beach was a glistening white and the waves were breaking gently on the shore.

We remember the beautiful garden at Shangri La, Dylan’s old tour bus sat leaning up against the perimeter fence, the grass was a luscious green. It was an amazing experience and a trip we’ll never forget.

Worst Trip…
London to Nashville via Detroit/Chicago. We got stranded after our plane was grounded in Detroit for three hours on the runway due to TORNADOES! We eventually took off again and made it to Chicago to get our connecting flight to Nashville. The flight was gone.

After spending hours in the Chicago airport trying to get on every flight out, without our luggage - which magically made it to Nashville before we did - Henry’s name came over the tannoy. Sadly, they didn’t call Ru’s name and being travel newbies, we didn’t want to separate. The only option was to get a hotel and try again the next day.

We were offered a 20% discount for a night at Motel 6 - around six bucks off. We thought motels were these cool spots you see in American movies; this was not the case. After a long taxi ride that we were sure we got ripped off on, we pulled up to a gloomy, run down motel equipped with two cop cars out front with their headlights off.

Henry ended up washing his underwear and socks in the sink with a bar of soap at 3am. It was truly depressing.

Our favourite foreign venue…
Webster Hall, NYC. The history of the place is amazing and the experience we had performing there was truly memorable! A fantastic venue which we are excited to see re-open at some point in the not too distant future. We’re surprisingly popular in… Istanbul, Turkey.

Rupert: There’s a vegan Ethiopian restaurant in Bushwick, NYC near where we live called Bunna Cafe. Their sharing plates are fantastic. I order the menu every time. It was founded by an Ethiopian-born Ice Road Trucker. Their cocktail by the same name is great.

Worst...
Henry: Poi, it simply tastes like mush to me. My Hawaiian fam will be disappointed reading this.

Rupert: Ramen, it’s all water and salt to me. Most interesting individual you've met on the road… Merle Haggard. During a break in Merle’s touring schedule, we got to work with Pete Magdaleno who was Merle’s sound engineer. Then, when we had a break in our tour/promo schedule, Pete was mixing sound for Merle at a venue just outside of San Francisco.

We were invited to the show and got to hang out on Merle’s tour bus. We spent some time with Ben (Merle’s son) and Ben’s girlfriend, Jeyda, before meeting the man himself! It was super surreal. He couldn’t pronounce Rupert’s name but that didn’t matter - it was a truly cool and memorable moment.

Worst on-tour injury, or infection, or accident…
Henry: We were embarking on a three week tour and promo trip across America back in October 2015. I rolled my ankle and fractured it two days before my flight. Doc told me I needed to come back in a week for a review (which I couldn’t do). So I set sail for America with some crutches. Bonus was early flight boarding and my own hotel room. Negative was hobbling around the stage at ACL Festival in Austin, Texas while on painkillers.

Rupert: Back in our northern pub trails, we used to take a whole PA system. It required loading our bright red ex-post van up with speakers, subwoofers, amps and drum kit. One rainy night back in 2012, while loading up after a show at an old hall out in the sticks, I slipped off the rear step of the van whilst holding a speaker with both hands. My shin connected with the step before I hit the floor. My shin was cut and swelled up huge. With no first aid, it was a ‘grin and bear’ situation the whole two hour drive home at 2am. I can still feel the dint.

My essential travel item…
Colin Paul - he’s our dude and our drummer! He keeps the podcasts and stand- ups flowing on the car stereo and plays a mean beat…

My essential travel tip...
Henry: Have plenty of clean socks and underwear. Bolt your door and take your gear into your hotel room!

'All My Shades Of Blue' will be released on June 22nd.