If you are looking to submerge yourself into a pool of in-your-feels music, then ladies and gentlemen, Lizzy McAlpine is your girl.

Reputable for her angelic vocals that often go hand-in-hand with a slew of thought-provoking and candid lyrics over an acoustic backdrop, the Philadelphia native has accumulated quite the fan base – and rightfully so! From clanging the keys on her grandmother’s piano from a young age, to attending a slew of Broadway shows – Lizzy has been engulfed in music from a youthful age, and if you listen closely you will hear the theatrical influences.

Now with over 150 songs sat on the back-burner ready to be released, the 21-year-old blessed supporters with her debut album ‘Give Me A Minute’ at the latter end of last year and has since touched millions of streams. Sitting comfortably in between folk and pop, Lizzy’s heart-plucking sound has gained recognition from the likes of Shawn Mendes, Jeremy Zucker, and Tori Kelly, whom of which she looks up to.

Drawing from her life experiences and relationships, being vulnerable is something that comes naturally to the songstress. As Lizzy gears up for the release of her forthcoming project, Clash got the chance to catch up with her over Zoom for a well needed chat about all thing’s music and more.

Tap in below to see what Lizzy had to say.

How are you? How have you been navigating the past 12 months?

I’m pretty good! I just got back from New York! I’ve been trying to make the most of it, I have been working on my next project, so I have been keeping busy, but it’s been really weird! When I write I get inspired by life and things that I go through and for many months nothing has really happened that I can write about. I went through a few periods where I wasn’t writing at all and then something would happen so I would write about it! (laughs)

I would love to take it back to the beginning with you, talk us through how a bit about your childhood and how you were introduced to music?

I’ve been singing forever! (laughs) There are videos of me in pre-school at eight years old of me coming home and singing the songs that I had learnt to my family – whether they wanted to hear them or not! (laughs) Grandma has a piano so I would sit there and bang on it, I didn’t really know what I was doing but I’ve always been around music.

My grandparents are really into musical theatre and they would take us to see Broadway shows every year since I was eight. I started writing songs when I was 12 and it just went from there!

Were there any artists you grew up listening to that helped shape you in any way?

My mom listened to a lot of Sara Bareilles, that was a big one for me. Around the time that I started writing I was listening to Tori Kelly and Dodie, those two were my main inspirations and you can tell because a lot of my early songs sound exactly like them! (laughs) But, that’s how you grow as an artist right?

Who or what inspired you to start writing your own songs? Your writing is very candid!

Well, the first song that I wrote was about a boy – obviously! I had a crush on this guy, he didn’t know me and never noticed me. I had so many feelings that I had to put them into a song! And that’s pretty much been the running theme! (laughs)

Well, we’re not mad at the theme! (laughs) I was listening to a podcast you did last year, and you briefly mentioned that you studied at a music school. Has this helped shape your sound or yourself as an artist at all?

I wasn’t originally going to go to college for music, I wanted to go there for acting but then I auditioned at the last minute and got in and thought why not because I have been doing music far longer than I had been acting.

The first year was cool, the most important part of that experience for me was the people that I met. I met my producer there who I do everything with now, that was more important to me than the actual classes because I personally didn’t get a lot out of them. It’s different for everyone! I wasn’t good at the theory classes, but the song-writing classes were at the base level – I got what I needed by the second year! Things started happening in my career, so I didn’t feel the need to continue. 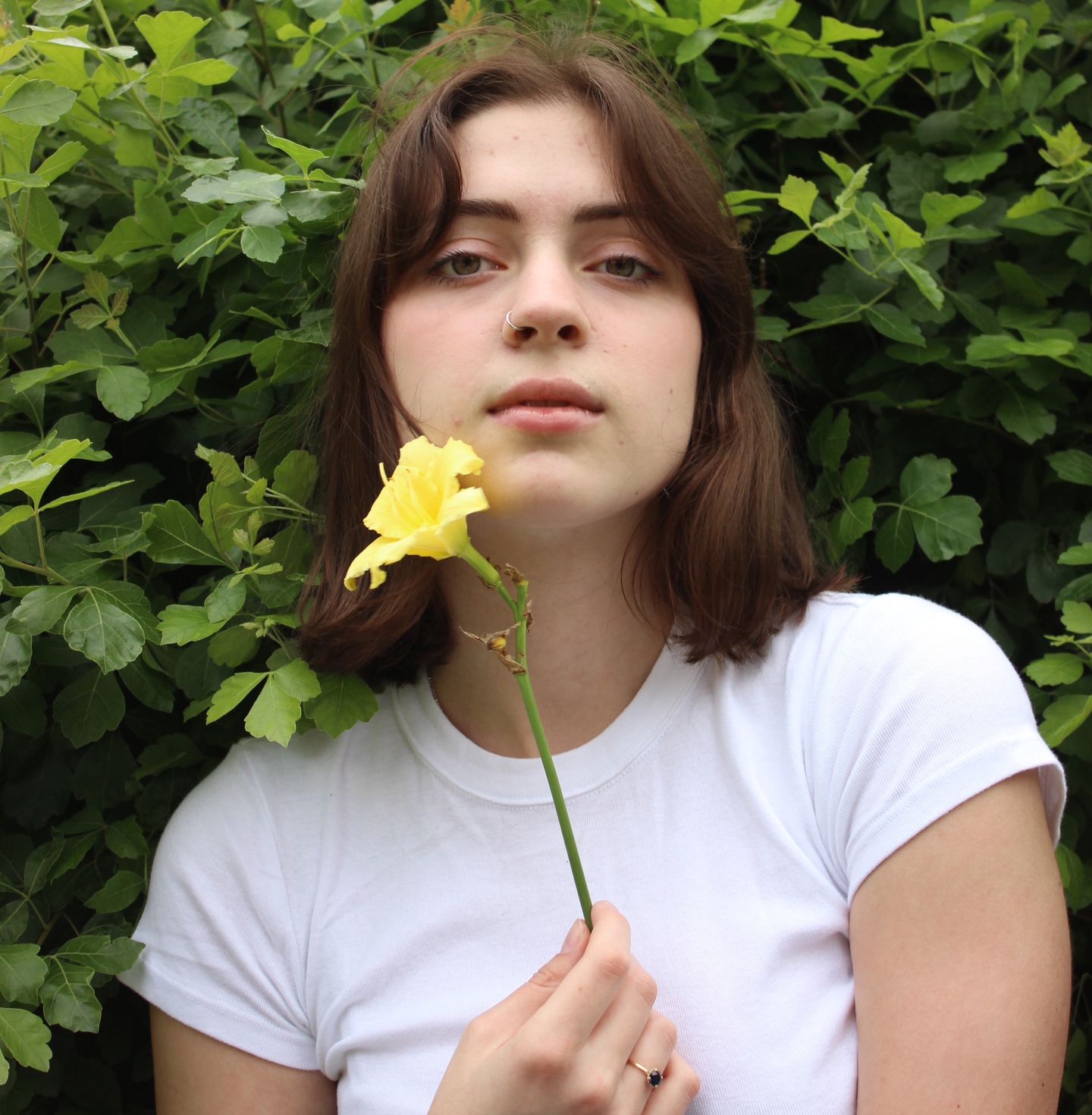 Last year you graced us with your first full-length album ‘Give Me A Minute’ which has done incredibly well! How would you go about describing this album?

That’s a hard question! All the projects that I have put out have been chapters of my life, the ‘Give Me A Minute’ chapter was a very specific time period. I was going through a breakup and ended up alone, then meeting someone new and was trying to figure out how to do all that.

It’s weird because that album doesn’t feel like who I am as an artist anymore which is cool because I can always have it to look back on and reflect. I would describe it as young and naïve because I know so many more things about life now; it feels like I am so much more mature as an artist now.

Are there any songs that you resonate more with now in comparison to the writing process?

I really like 'Where Do I Go?', we [Lizzy and her producer] recorded it together, left it for a few months, went back to it and it didn’t sound authentic enough. I set up my recording gear in my bathroom, sat in my bathtub, recorded one take of it and it felt so much better. I put out a lot of voice memos on SoundCloud and that’s the kind of stuff that feels more vulnerable to me, it’s like I’m putting a piece of myself out there. The whole album is me doing that but that track in particular is so raw.

Speaking of being vulnerable, is this something you find easy to do knowing that so many people will be listening in?

Yeah! Where I’m at now, I love being vulnerable on the internet and releasing music. It took me a while to get to this point though! (laughs) In doing it so many times has just made it that little bit easier.

You recently released your latest single 'Bored' alongside Thomas Headon – tell us a bit more about the meaning behind this single? How did this one come about?

So, Thomas and I met on Instagram – as one does these days! (laughs) We had a session; it was the first time we ever met in person and we wrote the chorus in five minutes. We left it for a while and honestly, I had forgotten about it!

I found the track and said that we should finish it and we did that remotely. He was dating someone at the time and was telling me how he wasn’t really happy in the relationship anymore and we wrote it about that. It is a feeling that I can relate to also. There was just no spark anymore and something had gone in the relationship.

Putting music aside, what does Lizzy like to do for fun?

Oh really, what are you reading at the moment?

Well, I’m re-reading a book! It’s called The Sirens Of Titan by Kurt Vonnegut. I also really like video editing! When I was younger me and my friend used to make movies together and I would edit them all. I like vlogging – I haven’t done it in a while – but I enjoy making YouTube videos and stuff like that.

So, when it comes to making your music videos, do you have more creative control in that aspect or is it something you do for fun?

Yeah! I have only done one music video so far but there are more coming! With 'Give Me A Minute', I didn’t edit it, but I like to have creative control in pretty much anything I do so I came up with part of the concept.

What else can we expect to see from you this year?

I am currently working on my second album, that will probably be it! (laughs) We are working on producing it and getting it ready so that will hopefully happen within the year!