There have been times during the past 12 months when most of us have felt isolated, maybe even alone. Zoom calls – no matter how fulfilling – don’t come close to actual, IRL interaction; seeing someone’s eyes, watching their intonations, all add up to a deeper bond.

It’s those deeper bonds which drive Hildegard. A project comprising of two Montreal residents – Helena Deland and Ouri – it was constructed face to face, eye to eye, during an eight day spell. Entering with nothing, they emerged – essentially – with a full album, one that reinforced the need for collaboration, and the vitality of exchanging ideas with another person.

“At first we had no expectations,” recalls Ouri. “Like, we sent each other some influences and were just planning to have fun.” Helena nods in agreement: “This couldn’t have happened unless Ouri and I were in the room working together… there’s a spontaneity to it, as we were writing and producing at the same time.”

During their time together Helena and Ouri forged something distinct; Hildegard operates above and beyond their solo endeavours, capturing a character of its own. “I always want to push myself in the solo world,” says Ouri, “but with this, when we could create it and wrap it in the same day… it’s totally different.”

Helena picks up on this. “I found that he internal audience, when we work together, is less loud and developed because we have each other. Instead of being alone, and labouring over something and wondering what will come of it, we already have each other… and if we both like it then we just keep going, I guess.”

Spread across eight days, there’s a distinct rhythm to the album. The sound of two artists exploring each other’s internal realms, it’s an intimate experience, one that is marked by subtle melodic shifts and complex rhythmic engines. “Each day we would start with several ideas and the one that we felt the strongest about would survive until the evening,” says Ouri, “and we would just push it as much as we could. And then each day start the process again.”

“Most of the songs came out of the studio fully structured, or pretty close to done,” insists Helena. “That’s kind of the thing: we wanted to offer something full of happy accidents.”

Having each other to provide some form of balance prevented Hildegard from becoming too introverted. As Helena points out, as a solo artist it’s difficult to fully draw a line under a project, knowing that edits can still be made. “I think it’s hard to decide when a piece of music is finished,” she laughs. “Often it’s like when you’re not able to work on it anymore. For us, creatively, I think it was very, very refreshing… because it’s not over-thought or over-produced or over-invested. It has this lightness and spontaneity that resembles our lives.”

For Ouri, it was a chance to cede control to someone she trusts. “I think that I’m a perfectionist, for sure. There’s the moment of creation but then I can be a perfectionist, refining everything. But with this, we can be extremely free.” 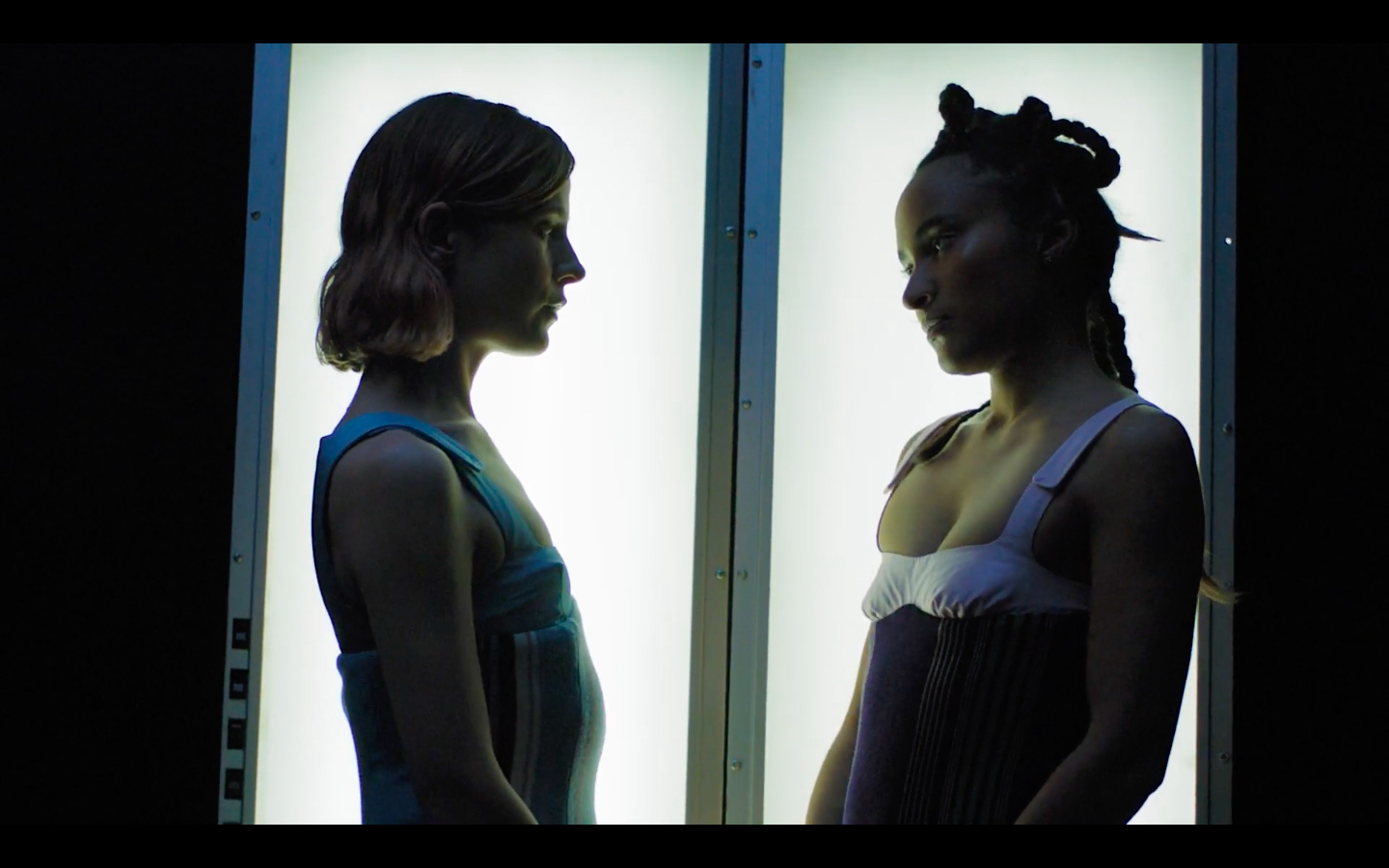 Working on instinct, the project allowed both artists to uncover new aspects of their creativity. In a way, it’s simply defined their methodologies – both have been keen collaborators in the past, and thrive amongst Montreal’s mutually supportive networks of outsider voices.

“There is definitely it is a very convivial atmosphere,” Helena smiles. “Those music networks definitely function independently from each other but are also so close you end up knowing a lot of people. It’s a small city and there’s a lot of solidarity.”

“Collaboration is a huge part of my practice,” Ouri adds. “It’s how I studied music. Right now Hildegard is one of my main projects but I’m part of different things. Its one of the most exciting things that this city has to offer - it’s crazy, it’s really a hub of so many different genres and approaches… there’s so much freedom.”

Working close to Montreal’s iconic Olympic stadium in a studio that has since closed, Helena and Ouri thrived on “happy accidents”. But then, some things are simply meant to be – take the name itself, with Hildegard allowing two female artists to salute the groundbreaking 12th century religious figure Hildegard of Bilgen.

“I was studying composition at university and I had this poetry class,” recalls Ouri. “And I was doing a lot of research because I was obsessed with counterpoint and chants. I heard ‘The Canticles Of Ecstasy’ for the first time and it seemed completely different from the rest of the pieces I was analysing and listening to. It was so positive! The title was very different from the rest, so I looked up and it was actually a woman who had composed the piece… and I was very surprised because all the pieces I was analysing were composed by men.”

“I brought ‘The Canticles Of Ecstasy’ to Helena and we started discovering this figure together - uncovering all the different sides to her life, and every aspect of her soul. She had so many different faces.” 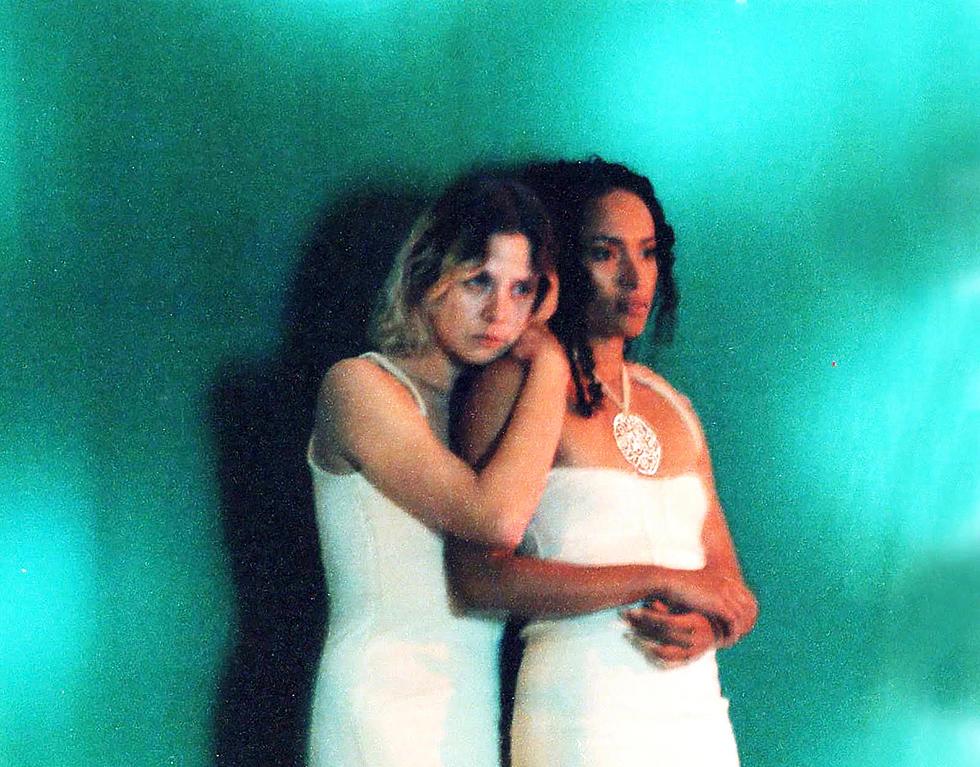 “I think I was super excited by the fact that her story had survived the erasure of women in Medieval times,” Helena says. “The idea of making an homage to her is just… it feels like she encompasses a lot of female archetypes, and is also a very powerful woman. I’m still very excited about learning about her – the interpretations about her life vary a lot, so it’s kind of like this open story.”

The path for Hildegard remains open. The two are already working on another project together – if lockdown gave us nothing else, it gave us lots of spare time – while both take time to emphasis the creative conversations that exist between them. “For sure, it’s a very special connection,” says Ouri. “I don’t want to cut that free.”

“We’re still very much tangled up in one another,” Helena says. “It’s interesting how close it’s made us. We’re kind of inter-sociable now… for the best!”

'Hildegard' is out now.