Kim Petras’ approach to pop stardom is explainable with a simple glance at her Twitter profile. And in particular, at a single tweet.

Sandwiched between fan-made covers of Petras’ songs, her Soundcloud recreation of Nena’s ‘99 Luftbaloons’ (titled ‘105') and a clip of a fan recording concert footage with a Nintendo 3DS, sits possibly the most Petras tweet of all time, with absolutely no context attached to it.

The day before she spoke with Clash about her triumphant trip toward pop-princess status and her plans for the perfect debut album (she simply considers 2019’s ‘Clarity’ a “project”), Petras tweeted an unexplainable, museum-calibre photo worthy of 16,000 likes: A chicken in stilettos and a cowboy hat. There’s no caption, no follow-up tweets and – to be fair – no reason to not immediately save it to your camera roll. Memes aside, the 27-year-old Petras takes her career incredibly seriously, explaining to Clash how she’s studied pop music since her childhood spent idolizing Max Martin, and sharing how hard she has to work to break away from the stigmas that surround trans artists. But to her fans, while she’s catapulting her way toward becoming one of the genre’s biggest names, she’s still Kim: a creator of “bratty-pop” anthems, a meme lord and, to many who line up at her shows with LGBTQ flags (or come ironically equipped with 3DS consoles), an inspiration.

“I don’t want to inspire the cool kids who have everything or have everything figured out. I want to inspire the lost kids who feel like me,’” Petras says of her fanbase. “I was always told I was transgender and I was always going to be a niche artist or ‘you’re too pop’ or ‘you’re too flashy.’ I feel like with me being all of the things that openly define me, I give my fans the feeling that they can do the same thing.” Since releasing her debut single ‘I Don’t Want It All’ in 2017, Petras’ fanbase has grown exponentially. She’s seen an opening slot on Troye Sivan’s 2018 Bloom Tour turn into a Coachella performance. And she’s shared project space with some of her musical heroes, like Ariana Grande, who wrote Petras’ ‘How It’s Done’ off the 2019 Charlie’s Angels soundtrack.

Petras is now the pop star she was once told she could never be. And it all started with a CD copy of ‘Spice World’; the first album to speak to her in a household full of jazz and heavy metal fans. “I was four or five and I remember dancing to that on repeat all the time.”

And as Petras entered her teens, she started paying less attention to just the bops and more attention to the songwriters and producers who brought them to life. “I got really obsessed with looking at the backs of my CDs and finding out who wrote what, who repeatedly wrote great songs. That’s when I caught the songwriter bug, watching documentaries about Max Martin or Elton John or Freddie Mercury.” 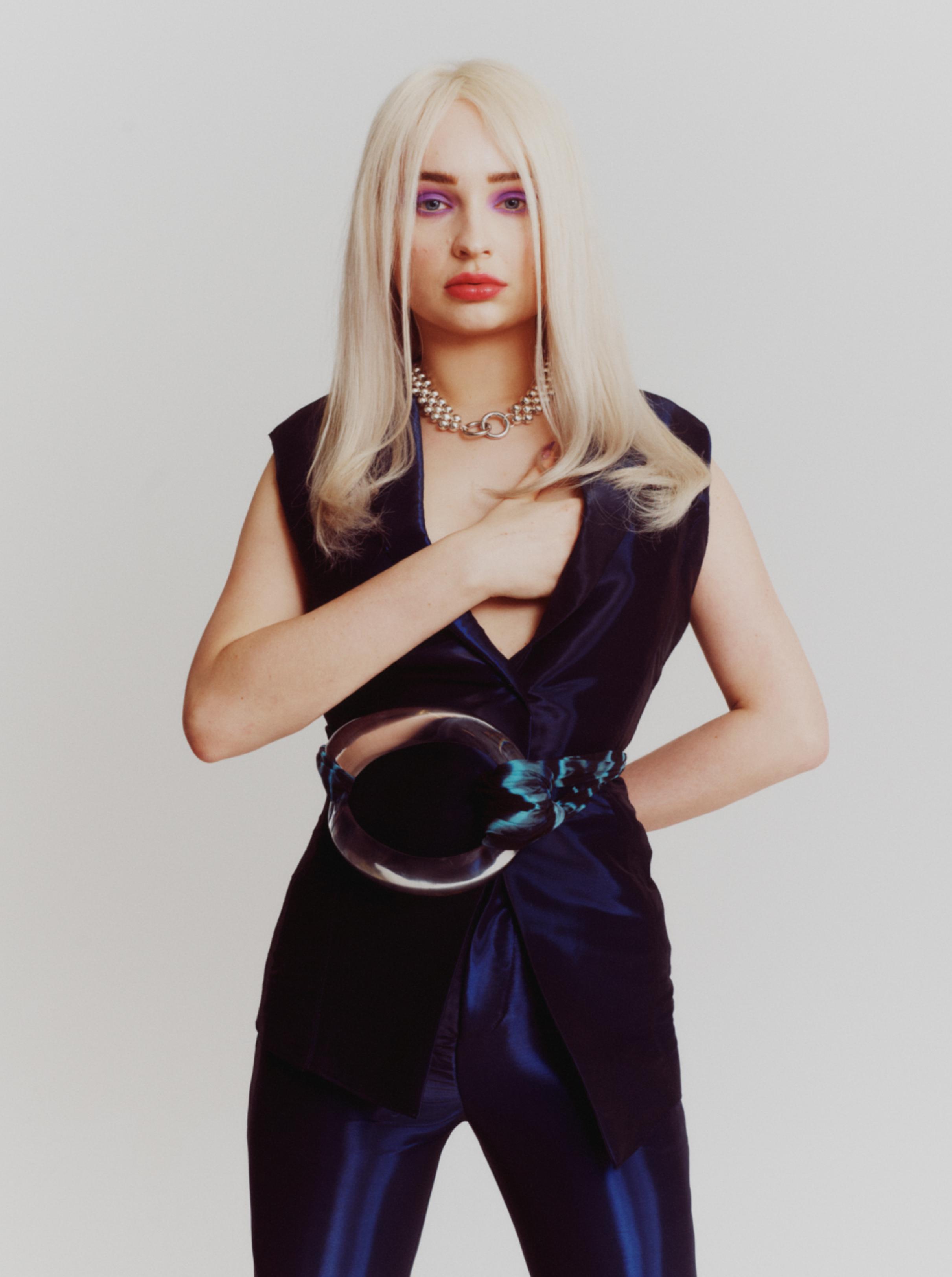 Around this time, Petras began receiving hormone therapy in Germany, where she became one of the youngest people to do so at age 12. While this was an important time in her personal life, and while her personal journey has inspired her fan-base to be unapologetically themselves, she doesn’t aim to be one of the first mainstream transgender artists. She’d prefer to be known as simply an artist.

When Petras bought her first MacBook at the time, her songwriting bug went rampant. She would sit in her room writing and producing songs everyday at 13 and 14 years old, emulating Martin’s work. “When a guy didn’t like me back, I would write really catty songs. As a kid, I was like, ‘I’m so sure, I’ve seen it all.’ I would write songs like I was so seasoned in life.” Petras’ venture soon turned into a publishing deal at Universal Germany. She explored recording and self-producing covers in 2012 and 2013, which earned her some international attention.

When it came time for her to travel to Los Angeles at the request of producer Chris Abraham, Petras was beyond ready. “I felt very defeated in Germany and I felt like I could never find anybody who was interested in working. People didn’t think I was a good songwriter. People just didn’t really get the kind of music I was making.” In 2017, Petras earned the attention she deserved. She released her highly acclaimed debut single ‘I Don’t Want It At All’, which skyrocketed her to the top of the Spotify Global Top 50. The track featured a universal message of consumerism and self-love that she wishes she heard more of in pop.

It’s raw success, though, prompted its fair share of negative feedback online regarding the track’s themes. In response, Petras says she was just having a Madonna moment. “[I found out] when Madonna put out ‘Material Girl’ and people were saying all these horrible things about her and being vile. People at the time didn’t know if Madonna was going to recover from it. [With] ‘I Don’t Want It At All,’ so many people just didn’t get it was a joke and that it was a fantasy. So I was off to a rough start, I felt personally.”

Petras went on to release hit after hit, with ‘Faded’ and ‘Heart To Break’ soon following suit. In 2018, she ventured into the Halloween-inspired dance EP ‘TURN OFF THE LIGHTS VOL. 1’, and after that, she released the highly acclaimed ‘Clarity’ in June of last year. Her debut vision now took a back seat to themes that would give her music additional introspectiveness. As she listened to Juice WRLD, Post Malone and Kanye West during its creation, she would rush to write and record the project in between traveling between tour dates. “I feel like it was a little bit out of frustration because a lot of people were mixed with it, saying my sound before was too flashy and too big. Like, OK bitch, I can do not that. I can give you radio-sounding shit.” Fans have taken note of this versatility, too. They’ve sold out her tours, have waited outside of venues in lines that span blocks and they regularly tweet in support of their queen. “I meet a lot of kids who are just like me. They remind me of how I used to be. It all just reminds me of what I’m here for and what I’ve set out to do.”

Petras hasn’t reached all of her dreams just yet. Continually working on her live show, she still has an album to make, one Petras considers her official debut. ‘Clarity’ was only a brief introduction, and with her current creation, Petras is ready to make a masterful entrance. “I want to make the most important record of my life.”

For the project, Petras will continue her tradition of making music for herself; music that leaves an impact, inspires her supporters and breaks barriers for LGBTQ artists. But she still doesn’t plan on trying to impress anyone. “I don’t necessarily care if everybody out there is going to like it because not everybody likes me. You either hate me or you love me. I’ve just always been like that, I’ve accepted that and that’s the kind of music I want to make.”