It was five years ago that the world lost Prince.

The ultimate showman, and a star with so many job titles it’s hard to summarise, as he was just as much a producer and director as he was a singer and guitarist. He once said that he would record a song every day until he died, and he near enough did, leaving behind a back catalogue like no other and no doubt a huge vault of tracks we never got to hear.

Coasting through artistic eras, and spanning almost every genre you can think of with references from Joni Mitchell to Miles Davis - attempting to talk about Prince’s career would require several thousands of pages. So let’s cut to the best bits, which is exactly what he did on 'Purple Rain'.

With its iconic artwork and karaoke-staple title track, the statement that 'Purple Rain' is an underrated album might be met with an eye-roll. For a 13 times platinum album with over 25 million record sales, the sheer household name impact of the album and the day-to-day appreciation of it has split into two different things.

For some, the fact that it scored No. 8 on the Rolling Stones list of the 500 best albums of all time may be a statement of its popularity, but for me, the fact it wasn’t number one is another reminder of how the record as a singular body of music is overlooked. Sure, everyone knows and loves ‘When Doves Cry’, but every song of this album deserves a place in popular knowledge.

The root of the problem probably stems from not enough people seeing the film. Smashing box offices when it opened as Prince took the birth of the MTV music video era one step further, the feature film has fallen into a twee category, a relic of the 80s that’s rarely revisited. But 'Purple Rain' is a soundtrack. Truly appreciating the power of 'Purple Rain' is impossible without watching it as a film, because the film came first with the songs written specifically for its scenes and moments.

Streamlining his genius into a small selection of tracks, and axing several incredible songs like ‘Velvet Kitty Kat’ and ‘We Can Fuck’, 'Purple Rain' as a soundtrack is succinct and tight unlike any of Prince’s other releases. The deeper into his career you go, the harder is it to keep up as his release schedule became increasingly erratic with tracks so varied they’d made you dizzy, but Purple Rain grabs hold of you and keeps hold, fully infused with all the focus Prince put into creating it. So focussed that he managed to write and produce ‘When Doves Cry’ in one day when the director said they needed one more song.

Despite being his most commercially successful album, 'Purple Rain' was maybe his biggest risk. Creating a film with an unknown cast, rookie director and with a record label that remained somewhat sceptical, nearly 40 years later it's easy to become deaf to how new this soundtrack was. Previously musicals were all tap dancing and high camp, but 'Purple Rain' is one of the only musical films that has ever truly managed to capture the adrenaline of live music. 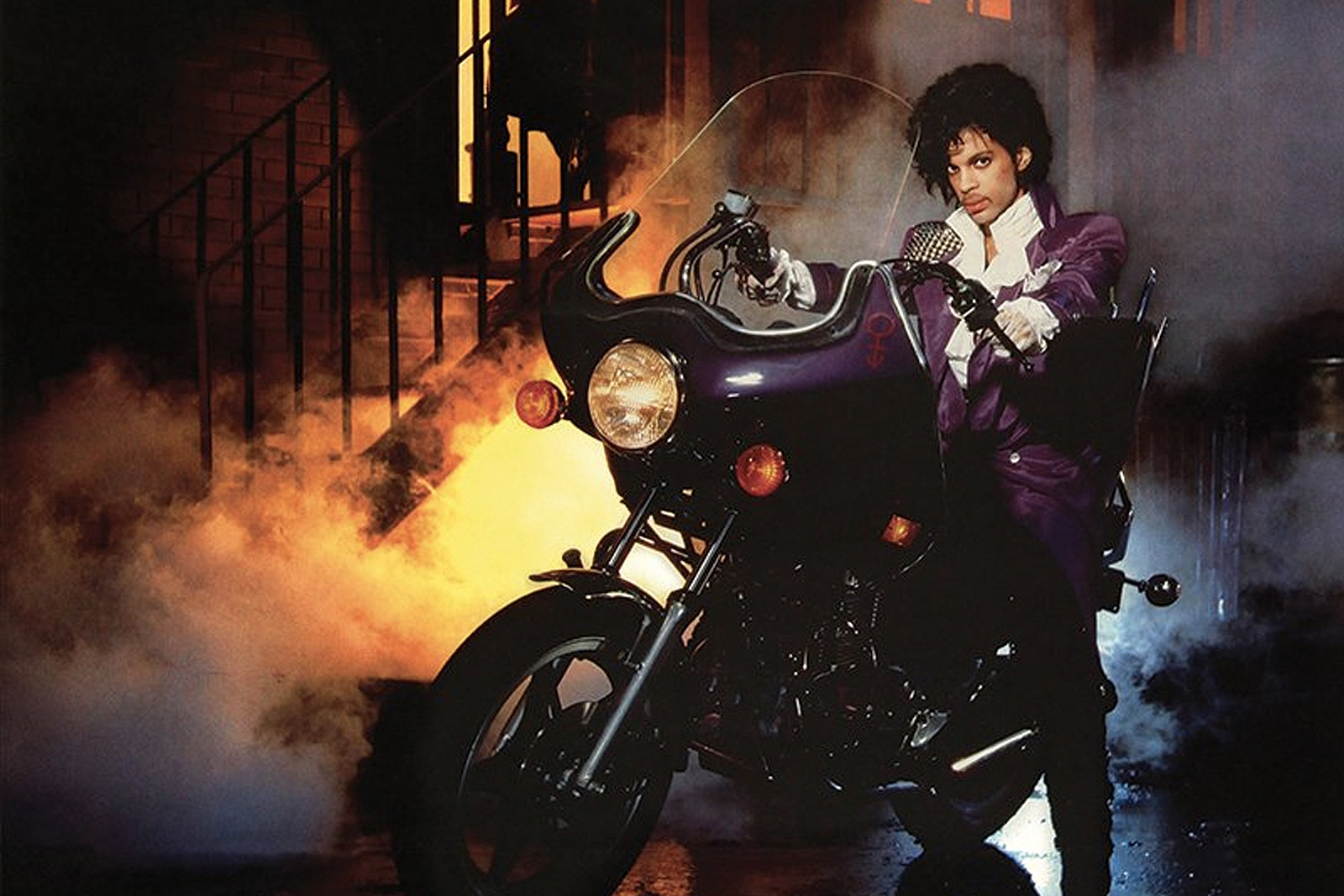 The club scenes in the movie, filmed in the iconic First Avenue Nightclub, somehow give you the feeling of being right there in the crowd, with Prince putting on his finest show both in the movie and the album. After watching the performances in the film, the album seems to have a whole new life, where the songs become 3D and entirely connected to the plot and these incredible moments of showmanship that the songs were custom made for. Without seeing the film, it's impossible to fully appreciate the album because you’re denying essentially Prince’s entire vision for it.

But come on, if you’re not going to watch the film, at least listen to it in order. You wouldn’t shuffle any other soundtrack, and 'Purple Rain' deserves the same respect. While each song stands alone, the journey between them is where the album’s genius lies. While artists making their tracks transition into one another maybe be a classic trick, I’m not sure any other artist could’ve managed to transition synth-funk into R&B like Prince manages as the massive ‘Computer Blue’ rides into the sexy ‘Darling Nikki’.

On 'Purple Rain', Prince masters as many genres in as many songs, proving the versatility that allowed other artists to have so much success from songs he wrote. Moving from high-energy pop, into metal-infused riffs and finishing up with the almost country-inspired titular ballad, Purple Rain is like Prince saying “hold on” and taking you on a rollercoaster tour of the breadth of his skill. It would be head-ache inducing if each track wasn’t so perfectly done as to never tip into too much and never for a second lose your interest. 45 minutes of relentless talent, it’s a crime that only its finale has found a place in anthemic history.

Because while ‘Purple Rain’ is undeniably one of Prince’s finest compositions, demonstrating exactly why he will forever be known as one of the world’s greatest guitar players, I don’t even think that song is getting its full dues. When was the last time you stopped and listened to ‘Purple Rain’ outside of someone absolutely butchering it at karaoke or screaming it in a club at 3am? When did you last pause and listen to the full nine minutes, or even the 16-minute long 1985 live performance, because a song that good should go on for longer?

With the lyrics of a gut-wrenching country track that wouldn’t sound out of place on a Dylan album, and the subtle orchestral backing the gets your emotions racing instantly, ‘Purple Rain’ is the gold standard of a ballad, paced to perfection to bring the listener to a climax that seems to go on and on as Prince even seems to lose himself in the bridge riff. 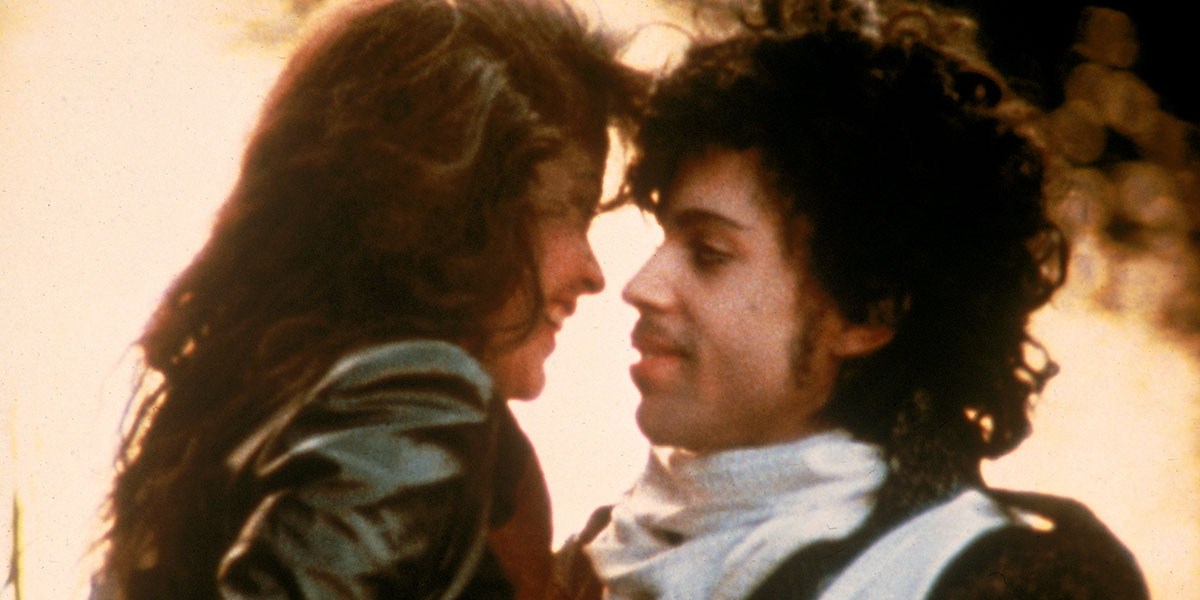 So much of Prince’s legacy is rooted in ‘Purple Rain’ as a track, but we need to zoom out more and look at the entire album and film. This project makes the legacy of the album crystal clear. Spinning around the stage in heels and high-waist trousers, the performances are the blue-print of what modern acts are constantly striving for.

Without a lace-adorned Prince grinding up against an amp in the performance of 'Darling Nikki', there would have been no Harry Styles hip-thrusting at the Grammy’s. Without Prince’s signature split-second changes from coquettishness into pure explicit content, there would never have been ‘WAP’ or at least no place for it in mainstream culture. Prince’s theatrical performances and full-vision aesthetic has gone on to inform so much of the work we consider ground-breaking today, providing the foundation for work that is gender-bending, genre-defying and bigger than the norm.

But I think what people consistently fail to address when they talk about Prince’s legacy, is the insane skill level that we simply don’t see today. Because while wearing out-there outfits and doing full choreography, Prince still managed to play flawlessly as a complete master of his instruments. Having the ability to drop into the splits then carry on shredding guitar is a level of showmanship that can only come after reaching a higher-than-expert level at the basis of it all; the music.

With a back catalogue that good and a stage presence that captivating, it’s easy to get lazy when it comes to his technical skill. But 'Purple Rain' brought it all together, finished warming up from his first records where he introduced his talent by playing every instrument, this album brings the best of Prince as a musician, an entertainer and a visionary, and compacts it all into nine faultless songs. All that genius deserves more recognition; it needs a word stronger than great.

From the opening vows to the crowd roaring within the string section of its outro, 'Purple Rain' is a soundtrack that will leave you with your jaw on the ground if you let it. It’s trying to tell you a story, and if you give it the time to hear it, 'Purple Rain' becomes something entirely different and larger. As the life story of an enigmatic artist, this is the closest we will ever get to understand who Prince was as he seemed to lay it all out there in the one way he knew how; by just making something unexplainably expressive and unmatched in its impressiveness.

You should be listening to it in full regularly, or else the iconic album remains underrated.